Born Christopher Hayles, in Trench Town, Kingston, Jamaica. At the age of 12, his family moved to Old Harbor, St. Catherine, where he attended the Old Harbor Primary and High School. At a young age, he was one of the popular Hosts of major, community events, where he would often entertain the crowd, impersonating various Radio personalities and Politicians. His keen interest was to become a Radio Broadcaster. After migrating to Canada, Chris decided to fulfill his dream.

For over 25 years, he has been a familiar voice on Radio stations in Toronto, including CHIN Radio, CHRY105.5 and AM1430, where he worked as a DJ and Radio Journalist. He is the Morning News Anchor and Producer at Flow 98.7 FM, where he provides a daily comprehensive report and updates on the local and International news.

Hayles has had interviews with politicians and celebrities, such as Prime Minister Justin Trudeau, Premieres, Dalton McGinty and Kathleen Wynne, President of Guyana, David Granger, the late Louise Bennett-Coverley, Jamaican folklorist, writer and educator and former Sprinter, Ben Johnson, to name a few.

In addition to performing his job at an exemplary level, Chris demonstrates an extraordinary commitment to his black community as well as to the General Public. He takes it upon himself to provide exceptional support and service to charitable organizations in and out of the city, either by Emceeing or providing entertainment as Sammy Davis Jr. When in character, he captures the hearts of many as he sings some of Sammy’s famous songs such as “Candy Man,” “Old Black Magic,” “I’ve got to Be Me,” and “Mr. Bo Jangles.” 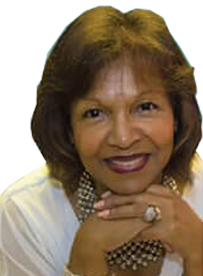 Marion is a former host and producer for G98.7 FM. Marion hosted the “Soul Jazz” show on Sundays for nine years. She is currently a news anchor on Flow 98.7FM. Marion was given the privilege of entertaining G98.7 listeners with music of the soul-jazz genre coupled with information about the artists and their music. Her passion to inspire took her on a journey of reflecting on the wisdom of philosophers, healers and spiritualists which she incorporated into her weekly shows, inspiring listeners to awaken to their ultimate selves. She believes everyone has been blessed with personal power and that it is essential to either remind or bring awareness to that gift. She was privileged to be a part of the G98.7’s launch in 2011, which was a proud moment for the Black and Caribbean Community.

She has hosted or has been the voice of many prestigious award ceremonies such as the BBPA Harry Jerome Awards, Wolmer’s Schools Annual Gala, Guyana’s 50th Independence Gala, Co-hosted the Women of Purpose Awards, and now the St. Ann Virtual Gala.

She has had the honour of interviewing several artists and award-winning performers in the industry such as Al Jarreau, Rick Sheppard of The Drifters, Barbados Saxophonist Arturo Tappin, Pianist Oliver Jones, Eddie Bullen, Quincy Bullen, Belinda Brady; Quisha Wint; Trumpeter Brownman Ali, Chelsea Stewart, Canadian Jazz Drummer, Archie Alleyne. She also hosted an evening of Soul Jazz with local artists Jay Douglas, Pablo Paul (Rhythm Express), Liberty Silver, and Eddie Bullen. Her versatility and professionalism as host and producer gave her the opportunity to perform the role of Master of Ceremonies for the Pointer Sisters, Jarvis Church, and the Soul Station.